Turmeric has a peppery, warm and bitter flavor and a mild fragrance slightly reminiscent of orange and ginger, and while it is best known as one of the ingredients used to make curry, it also gives ballpark mustard its bright yellow color. 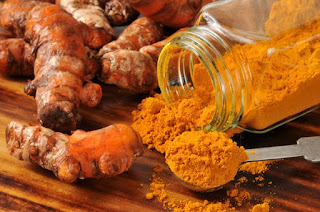 Turmeric comes from the root of the Curcuma longa plant and has a tough brown skin and a deep orange flesh. Turmeric has long been used as a powerful anti-inflammatory in both the Chinese and Indian systems of medicine. Turmeric was traditionally called "Indian saffron" because of its deep yellow-orange color and has been used throughout history as a condiment, healing remedy and textile dye.

Research suggests that turmeric may be helpful for the following conditions:

Curcumin stimulates the gallbladder to produce bile, which some people think may help improve digestion. The German Commission E, which determines which herbs can be safely prescribed in Germany, has approved turmeric for digestive problems. And one double-blind, placebo-controlled study found that turmeric reduced symptoms of bloating and gas in people suffering from indigestion.

Turmeric does not seem to help treat stomach ulcers. In fact, there is some evidence that it may increase stomach acid, making existing ulcers worse.

Because of turmeric's ability to reduce inflammation, researchers have wondered if it may help relieve osteoarthritis pain. One study found that people using an Ayurvedic formula of herbs and minerals with turmeric, winter cherry (Withinia somnifera), boswellia (Boswellia serrata), and zinc had less pain and disability. But it's impossible to know whether turmeric, one of the other supplements, or all of them together, was responsible for the effects. 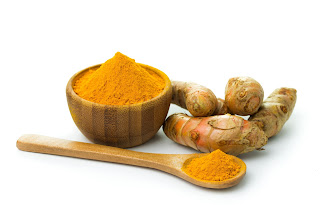 Early studies suggested that turmeric may help prevent atherosclerosis, the buildup of plaque that can block arteries and lead to heart attack or stroke. In animal studies, an extract of turmeric lowered cholesterol levels and kept LDL (bad) cholesterol from building up in blood vessels. Because it stops platelets from clumping together, turmeric may also prevent blood clots from building up along the walls of arteries. But a double-blind, placebo-controlled study found that taking curcumin, the active ingredient in turmeric, at a dose of up to 4 g per day did not improve cholesterol levels.

Curcumin's antioxidant actions enable it to protect the colon cells from free radicals that can damage cellular DNA—a significant benefit particularly in the colon where cell turnover is quite rapid, occuring approximately every three days. Because of their frequent replication, mutations in the DNA of colon cells can result in the formation of cancerous cells much more quickly. Curcumin also helps the body to destroy mutated cancer cells, so they cannot spread through the body and cause more harm. A primary way in which curcumin does so is by enhancing liver function. Additionally, other suggested mechanisms by which it may protect against cancer development include inhibiting the synthesis of a protein thought to be instrumental in tumor formation and preventing the development of additional blood supply necessary for cancer cell growth.

Turmeric is available in the following forms:

Bromelain increases the absorption and anti-inflammatory effects of curcumin, so it is often combined with turmeric products.

Because turmeric may act like a blood thinner, you should stop taking it at least 2 weeks before surgery. Tell your doctor and surgeon that you have been taking turmeric.

Posted by coffetimeforus at 11:49 AM