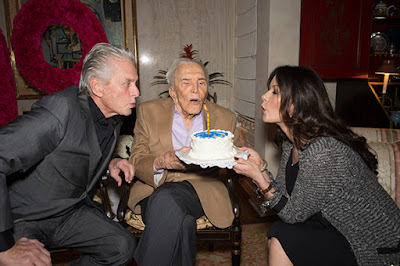 Since the beginning of his film career, in 1946, Kirk Douglas had more than 90 films.  Best known for his roles in  "Champion", "Longing for life", "Showdown at the OK coral" "Paths of Glory" "last train Gunn Hill," "Spartacus".

He was nominated three times for the Academy Award for the best male role, but raised the golden statuette once, in 1996, he won an Oscar for lifetime achievement.

Posted by coffetimeforus at 2:14 PM