Selena Gomez has several roles in the video for "Bad Liar"


Selena Gomez starred in high school, both parents of the girl and professor in the music video for "Bad Liar". 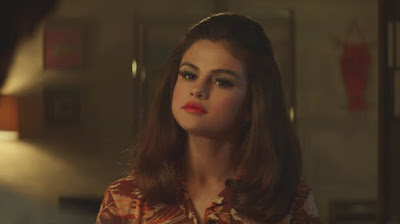 The music video was filmed in the style of the 70s, and was directed by Jesse Perez. Finally, at the end there's a short teaser for the next single by Gomez, entitled "Fetish".

Posted by coffetimeforus at 5:08 AM