BBC Expert's Live Interview is Gatecrashed by His Curious Children

The political expert appeared on the news programme on Friday to discuss the South Korean president's impeachment. His interview was taking place via webcam as he sat in his study at home. 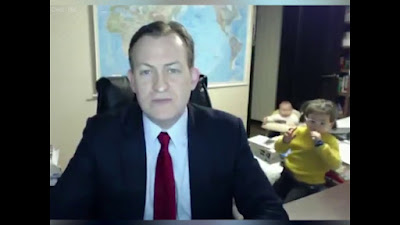 But suddenly, a toddler bursts into the room in a bright yellow top and performs a comical dance behind the Cleveland, Ohio, native.


Posted by coffetimeforus at 1:04 PM